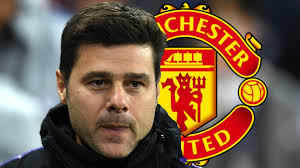 United’s current boss Ole Gunnar Solskjaer is under intense pressure following disappointing defeats to Arsenal in the Premier League on Sunday and Istanbul Basaksehir in the Champions League three days later and generally, the team’s inconsistent start to the 2020-21 season.

Manchester Evening News believes that United have contacted Pochettino’s representatives. The former Southampton manager is said to be keen to manage at the Theatre of Dreams.

The move comes despite United insiders privately backing Solskjaer prior to Wednesday night’s defeat and a reluctance within the club to sack him so early in the season.

Ahead of Saturday’s crucial visit to Everton, Solskjaer’s future becomes increasingly unclear, and positive performance at Goodison Park is now all the more necessary.

The Red Devils are currently 15th in the Premier League table having lost three of their opening six matches, and could well drop to within three places off the relegation zone if they lose to Carlo Ancelotti’s side.