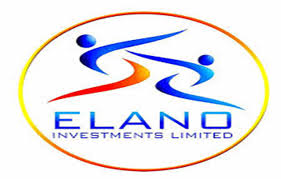 Despite a restraint Order by the Rivers State High Court against, Indorama Eleme Petrochemicals Limited, Elano Investments Company Ltd, and FCMB, from tempering with Host Community’s assets/dividend/ equity/stake due to the host communities in Eleme Local Government area of Rivers state, the Directors of Elano Investment Ltd, have devised a means to circumvent the order by using the Assets of the Host Communities being held in the name of the Company to raise about 700 million in one of the financial institutions in the Court.

The trouble with Elano started after the Company and other Defendants in matter were served with a restraint order from the Court in a suit instituted by the Honourable member of the Rivers state’s House of Assembly, representing Eleme Constituency, Hon. Aforgi Igwe.

Hon. Aforji’s position as revealed in the suit was that the Court should restrain the Defendants from further dissipating the assets of the Host Communities being held in the name of Elano until and after the determination of the pending Arbitral proceedings or the ongoing settlement exercise Between Elano and the Host Communities being chaired by the Honourable member.

Our correspondence gathered that Elano has refused to take the ongoing settlement exercise serious as they keep on posting the dispute settlement facilitators.

“The reluctance of Elano was not unconnected with the fact that they have the proceeds of the dividends in their custody and they keep on spending and dissipating the money/assets at will at the detriment of the Host Communities which the dividends and money are primarily meant to cater for.

“Since the company has been barred from a accessing the accounts for now,no money to spend as usual and the only alternative being considered now is to give out the Communities’s assets being held in the name of Elano as collateral in turn for a loan of 700 million naira to fight unnecessary court cases which can easily be resolved but for the subtle frustration being employed by the Company.

Igwe also argued that the continuous payments and further dissipation of res by respondents may lead to breach of peace and order in his constituency that could not be regained.

“And it is hereby made restraining the 1st defendant/respondent by itself, its servants, agents, officers, directors, legal representatives and other whomsoever from paying to the 2nd defendant/respondent any dividend or other payment howsoever described due and accruing to the applicant/host communities 7.5 percent equity/stake in the 1st defendant/ respondent, pending the hearing and determination of the Motion on Notice.

” An order is hereby made restraining the 1st defendant/respondent by itself, its servants, agents, officers, directors, legal representatives and other whomsoever from depositing any payment whatsoever into the 2nd defendant/respondent’s account being held in trust on behalf of the applicant/host communities of Eleme Local Government, Eleme, Rivers State domiciled with First City Monument Bank Plc,” Enebeli ruled.