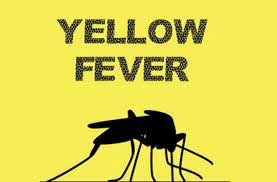 Delta State Commissioner for Health, Dr mordi Ononye on Friday said that the cause of the mysterious death ravaging three communities in Ika North East local government area was as a result of yellow fever.

About 30 persons lost their lives as a result of the strange disease from Ute-Okpu, Idumusa and Ute- Erunu communities.

According to him, the test we carried out came out positive for yellow fever while further test has been sent to a laboratory in Dakah in Senegal for confirmatory test.

He said that the confirmatory test would take about four weeks to come out while assuring deltans that Heath team put in place was on top of the situation.

“Samples were collected from patients and sent to laboratory, but we await final authentication from Dakah,” Ononye disclosed.

He urged residents of Delta State under the age bracket of 9 months and 44 years to go for immunization to prevent the disease.

It would be recalled that the death recorded 15 youths within the age bracket of 18 to 25 years old in the three communities.

Heath commissioner said that vomiting, blood coming from mouth and nose, headache, feverish condition, body pains among others are symptoms of the disease.

He called on members of the community and residents of the State to observe good hygiene as the dry season approaches by properly covering their food, cutting grasses around their surroundings, eliminate rats in their houses and continue to observe the COVID-19 safety guide lines especially hand washing with soap and water.

However, Mrs. Monica Emeke had lost two of his children, (a boy 26 and girl 22) to the disease at Ute Okpu, expressing worry over the rate at which death was occurring as five persons died in one day in the community.

Some of the persons who spoke said several deaths have been recorded in neighbouring villages including Ute-Erunu.