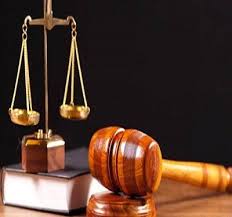 The presiding judge, Justice Tegem, in his ruling, in Suit no FHC/Ow/101/2020, nullified the election of Frank Ibezim, on the grounds that he was disqualified by the party’s screening committee before the primary election.

The Court stated that in the eyes of the law that Ibezim should not have participated in the primary.

According to him, the next person with the highest number of votes, Senator Ifeanyi Araraume automatically becomes the candidate of the APC for the Okigwe Senatorial election.

Recall that Senator Ifeanyi Araraume had approached the court, disputing the nomination of Ibezim as a candidate of the party.

The Court had after proceedings on October 16 adopted briefs of counsels on the matter and reserved judgement for October 27.

The Court did not pass judgement on the said date as the presiding judge was not on sit.