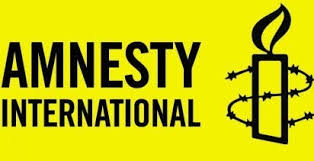 Human Rights group, Amnesty International has said that threats against its staff and supporters will not discourage the organisation from its criticism of violation of the rights of citizens across the country.

The human rights group stated this while raising an alarm to threats against its staff in Nigeria by an unknown group.

The faceless group is said to have at a press conference held on November 4, in Abuja vowed to attack the international body over its stand on EndSARS protest and other perceived human rights abuses in Nigeria.

“Amnesty International draws the attention of the Nigerian authorities and the general public to the intimidation and outright threats of attacks that were issued against its staff, supporters, and premises by a faceless and unknown group at a press conference held on 4 November 2020.”

“Similar faceless groups had previously invaded our office and given us an ultimatum to leave Nigeria. Amnesty International is a global human rights movement and we are independent of any government…

“The Nigerian authorities owe a legal duty to ensure the protection of lives and properties of every person in the country.

“Malicious threats will not deter us from continuing to speak against human rights violation and abuses by state and non-state actors.

“Despite threats to our lives, through faceless organizations and sponsored protests, we will not stay silent. In the face of efforts to evade responsibility or to smear our organization, we will continue to raise our voices whenever and wherever we see injustic,” he said.