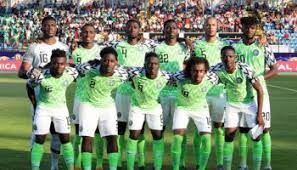 The camp of the Super Eagles of Nigeria will officially open on Monday, November 9 in Benin City for the 2021 Africa Cup of Nations qualifying clash against the Leone Stars of Sierra Leone.

Complete Sports revealed that the Super Eagles will lodge at Eterno Hotel while the match officials and the delegation of the Nigeria Football Federation (NFF) will be accommodated at the Edo Heritage Hotel, both in the state of the first-leg encounter.

Meanwhile, the Leone Stars, who will lodge at the prestigious Lush Hotel in Benin City, will fly into Lagos on Wednesday, November 11 from where they will connect another flight to Benin the same day.

The first-leg will kick-off on Friday, November 13 at the Samuel Ogbemudia Stadium.