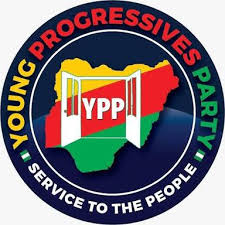 Young Progressives Party, YPP, in conjunction with Civil Society Organisations, CSOs, have advocated harmony and synergy between the Federal Government and youth protesting against police brutality and bad governance under the #EndSARS.

In a symposium organised by the party and the CSOs in Abuja, they stressed the need to put the agitations of the youths in proper perspectives by government and other stakeholders.

The CSOs were under the aegis of Coalition for New Nigeria.

In his address, representative of YPP, Hon. Oforbuike Tyndale Okoli said, the party believes that it is proper for youths and other concerned Nigerians to demand for a change in areas that need change.

According to him, “As a political party that seeks among other things, the welfare and wellbeing of the youths, we stand with the noble objectives of the agiatations which falls within the frameworks of law and order”

He said the national leader of the YPP, Senator Ifeanyi Uba, has distinguished himself before now, as a firm believer in human capacity development with special emphasis on equipping the youths to meet contemporary challenges.

He asserted how Ubah has continuously advocated for the interests of the youths with a view to make them the architects of the decision making mechanism.

“We believe that if the future of the country is in the hands of the youths, then they should be accorded needed attention by government and everyone in the development process.

‘’The symposium was basically an opportunity to reflect on the issues that have affected the body polity in the not so recent past and forge a common ground between government and the civil society,” he added.

While highlighting the potentials of the youths in harnessing Nigeria’s development aspirations, Hon Oforbuike who is also the Special Assistant on Youths to the YPP National Chairman reiterated the need for government to demonstrate sincerity in meeting the demands of the youths.

‘’We have observed a somewhat dangerous trend where hoodlums and those with ulterior motives tend to hijack peaceful protests for selfish gains.

‘’It behoves on the political process to yield to the youths and government should understand the signs of the time. A common consensus that emerged from the protest is that the time for the youths to steer the political system has come YPP,’’ the YPP chieftain stated.

Speaking in similar vein, Prince Stanley Okorie, convener of the Coalition for New Nigeria, CNN advised Nigerian youths against being used as tools in the hands of those who do not mean well for Nigeria.

He drew attention to recent ethnic tensions that greeted the destruction of properties by hoodlums in the aftermath of the nationwide protests.