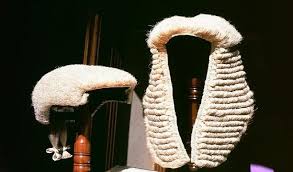 The eight newly appointed Justices of the Supreme Court would be administered their oath of office on Friday by the Chief Justice of Nigeria, CJN, Justice Tanko Muhammad.

It was learnt that the event scheduled for 10am, will be held at the Supreme Court’s main court.

Their appointment by President Muhammadu Buhari, following the nomination by the National Judicial Council, NJC, was confirmed on October 13 by the Senate.