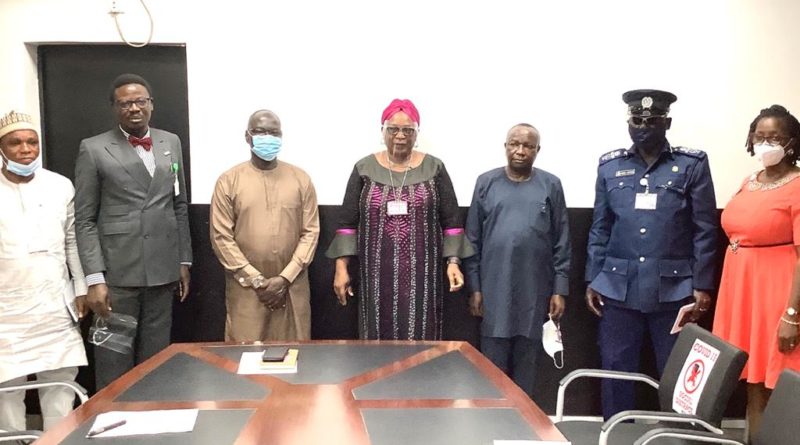 The Executive Secretary of the Nigeria Christian Pilgrim Commission, NCPC, Rev Yakubu Pam, has said that the Murtala Mohammed International Airport, Lagos has been playing critical role in Christian pilgrimage operations as Pilgrims from the South West including Kwara and Edo are usually airlifted to Israel from the Lagos Airport.

Rev.Pam made this assertion in Lagos during a meeting and inspection of facilities at the Lagos Airport with the Regional General Manager South West Federal Airports Authority of Nigeria and Airport Manager, Murtala Mohammed Airport, Mrs Shin –Aba .

The NCPC boss stated that the Murtala Mohammed International Airport, Lagos has always been the foremost airport in Nigeria.

Rev. Pam, who spoke through the Director of Operations, NCPC, Rev.Amos Yohanna, said the meeting was necessitated in view of the fact that the Commission would soon commence the 2020 General Pilgrimage exercise in December, hence the need to meet with the airport officials in order to have a seamless operations.

While thanking the Airport officials for the cooperation and synergy the Commission had enjoyed over the years, he commended the management of the Lagos Airport for the cordial working relationship existing between the two agencies.

Rev.Pam, however reiterated that this year’s Pilgrimage operations would be peculiar because of the challenges posed by the global COVID 19 pandemic..

He explained further that because of COVID 19 pandemic, so many restrictions and protocols had been introduced globally to check the rate of infection which according to him” is for the good of the people”

He expatiated that one of the reasons for the meeting was to know the restrictions so as to guide the Pilgrims and to facilitate this year’s operations.

NCPC boss averred that the Commission had been monitoring closely up dates with the Presidential Task Force on COVID 19 as well as reports from the Israeli authorities in order to keep abreast with the COVID 19 situation in Nigeria and Israel.

Rev. Pam further told the Airport Manager that the Commission would need the assistance of the Airport officials in order to know the rules and protocols that would guide the Commission,s operations at the airport this year.

He equally requested for the special assistance of the Airport management so that the Commission,s staff could be allowed to come into the airport to guide the Pilgrims considering the fact that most of them would be traveling out of the country for the first time.

Earlier, the Regional General Manager FAAN, South West, who is also the Manager of the Murtala Mohammed Airport Mrs Shin –Aba affirmed that over the years the Lagos Airport had been having good working relationship with NCPC.

In her words” We are one family, Lagos Airport is here to serve the nation, Nigerians and any other public”.

She stressed that it is their duty to have a seamless operation which is in tandem with the core values of FAAN —-Safety, Security and Comfort

Mrs Shin –Aba also solicited for the continued cooperation and collaboration between NCPC and FAAN.

The Regional General Manager pledged for more cooperation with the officials of the Commission.

She also stressed the need for the intending Pilgrims to be properly sensitised by the Commission on COVID 19: protocols before getting into the airport premises.

The meeting was the first in the series with the airport officials. About eight designated international airports will be used by the Commission for the airlift of intending Pilgrims to Isreal,Rome and Greece this year.