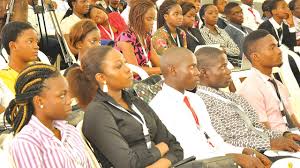 A group under the auspices of Sceptre Leadership International, SLI, has said the youths are the heroes and future leaders of Nigeria.

In a statement signed by the Convener and President of the group, Mr. Martins Wealth, SLI lauded the youths for their courage and great work of reformation that was birthed by them in reclaiming their rights.

“Those that were killed didn’t die in vain, they were martyrs of our Nation and have made history. Our voice has been heard and we have conquered,” he said.

He appealed to the youths to withdraw from the #EndSars protest for now, and await for the federal government to implement the demands and requests of their protest.

Martins enjoined the youths not to allow evil merchants, hoodlums or enemies of Nigeria, who want to use certain people with ulterior motives to disrupt and hijack the peaceful protest that has achieved its purpose already.

According to him, “Our prayers are working and God is involved indeed. We shall not be partakers of other people’s wrong deeds and sins”

The convener in a message to President Muhammad Buhari, appealed to him to declare a special date for the youths, signifying it as a reformation day or day of true change in honor of the youths that died.

“In doing so, he will easily pacify the #EndSars protesters and families that lost their loved ones, and these families should be heavily compensated,” he added.

To the country’s law makers, the convener opined that most of them were one time governors and they have served already especially those that have completed two tenures.

Mr. Martins admonished them to give the youths and younger generation a chance to serve and they should become elder-statesmen like other past leaders who served the nation diligently.

He also said the youths below the ages of 55years should be given the mandate, charging Nigerians to vote for the few five percent that have clearly distinguished themselves in various leadership capacities.

The convener urged the multinationals operating in the country to build industries based on the competitive advantage in the state they operate, and the government should create a conducive environment for their businesses to thrive and succeed.

In like manner, the convener of the group calls on the state governors to utilise the moment and maximise opportunities by aligning and taking the blueprint and roadmap from successful bodies like the Sceptre Leadership model that has donated special education laboratory systems to more than 120 schools as the pilot phase through the ministry of education.