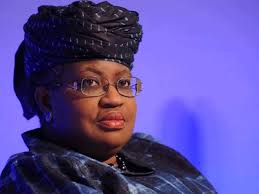 The European Council has assured Nigeria of its unflinching support for Dr Ngozi Okonjo-Iweala’s bid to emerge the Director General of the World Trade Organisation.

The reassurance was given on Friday when President Muhammadu Buhari held a video conference with the President of the European Council, Mr Charles Michel.

Special Adviser to the President, Media & Publicity, Femi Adesina, in a statement said that the EU Council had in a latter reiterated Europe’s support for Nigeria’s Dr Ngozi Okonjo-Iweala as the next Director-General of the World Trade Organisation, WTO.

President Buhari is leading Nigeria’s charge for Okonjo-Iweala, the country’s former Minister of Finance, to emerge as the first Black and female WTO DG.

The Nigerian President thanked the European Council for its support for Nigeria’s candidate.

Also discussed during the conference were issues bordering on debt relief for Africa, EU-African relations and recharge of the Lake Chad, which has currently shrunk to less than one-third of its usual size, and throwing about 130 million people who depend on the Lake into dire straits.

Recharge of the Lake Chad is an issue the Nigerian President had vigorously canvassed at diverse global fora in recent time.

President Buhari expressed appreciation to Mr Michel for expected positive developments on the issues.
The United States is refusing to back Ngozi Okonjo-Iweala as the first African director-general of the World Trade Organization, the WTO confirmed.

WTO general council chair David Walker of New Zealand and his two co-facilitators in the selection process told the organisation’s members that Okonjo-Iweala, the former finance minister of Nigeria, was best placed to gain a consensus of member states, but said that the US was still backing her rival, South Korean trade minister Yoo Myung-Hee.

“But the assessment was challenged by the United States which said it would continue to support Minister Yoo and could not back the candidacy of Dr Ngozi Okonjo-Iweala,” said a statement on the WTO website.

Given that the US is contesting the recommendation made by the troika of ambassadors, Walker said that a formal decision now had to be taken by members at a general council meeting scheduled for 9 November.

“She clearly carried the largest support by Members in the final round and she clearly enjoyed broad support from Members from all levels of development and all geographic regions and has done so throughout the process.

“I am therefore submitting the name of Ngozi Okonjo-Iweala as the candidate most likely to attract consensus and recommending her appointment by the General Council as the next Director-General of the WTO until 31 August 2024,” Walker said.

In a statement, the Office of the US Trade Representative said that the WTO is badly in need of major reform and “must be led by someone with real, hands-on experience in the field.”