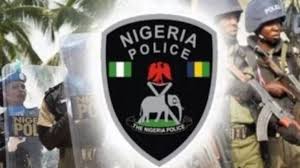 In a statement in Uyo on Friday by the state Police Public Relations Officer, PPRO, Mr Odiko Macdon, the deployment would also include men from sister security agencies.

“The state Police Command has deployed officers and Men of the Command, including Sister Security Agencies to all the Polling Units and Wards in the thirty-one (31) Local Government Areas of Akwa Ibom State to provide top notch security during the Local Government election coming up on 31st October, 2020.

“The Commissioner of Police, while assuring Akwa Ibomites of adequate security before, during and after the election, warned residents against violating the restriction of movement order which will commence from 7:00am to 2:00pm of Saturday, 31st October, 2020.” The statement said.

He therefore enjoined all voters to turnout peacefully and perform their civic responsibility, while warning trouble shooters to stay away from the polling units as no acts of lawlessness would be tolerated.

It would be recalled that in assuring its readiness for the election, the chairman of the State Independent Electoral Commission, Mr. Aniediabasi Ikoiwak had announced that the commission would deploy new electronic gadgets for more effective operations.

Ikoawak said the new device would enable the commission’s officials to monitor the time of arrival of materials at respective polling units in the state.