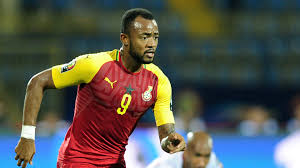 The Premier League club has announced that Ghana and Crystal Palace star, Jordan Ayew has recovered from the COVID-19,

Ayew contracted the virus after he returned from international duty with the Black Stars earlier in October.

Keeping in line with Covid-19 guidelines, the 29-year-old missed Palace’s Premier League games against Brighton and Hove Albion and Fulham, but is now back in contention for a place in Roy Hodgson’s squad.

“After picking up an injury on international duty, James McCarthy has returned to training this week, plus Gary Cahill and James Tomkins are fully fit for tomorrow night’s game.

“Furthermore, following positive Covid-19 tests, Jordan Ayew and Jack Butland are both available and among the squad following their periods of self-isolation”.

Ayew’s return to action will serve as good news to both club and country, as it strengthens Palace’s attacking options for the season.

It will also help Ghana ahead of November’s 2022 Africa Cup of Nations qualifying double-header against Sudan.