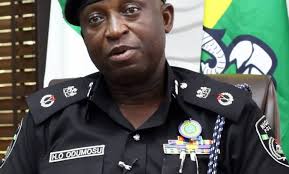 The Lagos State Police Command has said that six policemen were killed, while 38 others injured with some still in critical condition, during the recent unrest in the state.

The hitherto peaceful #EndSARS protest had been hijacked by hoodlums who resorted to violence and vandalised several public assets and private properties.

The police chief also paraded 520 suspects arrested for their alleged involvement in the wanton destruction and looting of both private and public property. He said the police also recovered some of the stolen loot from private businesses.

He said 29 formations were burnt or vandalised, 58 police vehicles were burnt, 13 vandalised, while 62 vehicles belonging to individuals and those connected with some pending cases (exhibits) were burnt. The hoodlums also vandalised nine other vehicles according to the commissioner.

Odumosu revealed that 15 motorcycles and tricycles were torched and 65 vandalised at various locations across the state.

He said two suspects identified as Ebere Reuben, 29, and Samuel Oyediran, 16, were also arrested by RRS operatives for their involvement in the burning of BRT terminal at Berger and TVC Station in the state.

The suspects were allegedly caught with the leftover of some quantities of petroleum products with which they set the places ablaze.

Odumosu, who acknowledged that those arrested were not peaceful protesters, stated that it was a known fact that armed hoodlums hijacked the protests and were responsible for the series of killings, arson and looting recorded.

“A thorough investigation into the cases has commenced. Members of the public should be rest assured that they will be updated as investigation progresses,” he added.

But most of the suspects were said to have denied involvement in the violence, alleging that they were picked up randomly during raids.