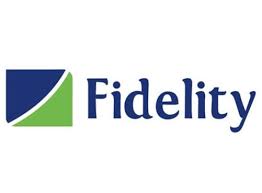 A bank customer is struggling to free himself over his bank’s allegation that he took N19million loan as against N5million he claims to have collected.

Mr. Benneth Robert Iwu, a customer with Fidelity Bank Plc, Kachia Road, Kaduna, alleged foul play by the bank because according to him, he applied for the sum of N19million loan in 2015 under NNPC Term Loan Enhancement but he was told that he was not qualified.

In 2016, he went back and applied for N5million and it was approved and given to him, but when he asked the bank why monthly deductions from his account did not reduce according to the procedure and demanded for statement of his account, he became alarmed that the bank has presented documents showing that he actually borrowed the sum of N19million.

Reliable sources hinted that at the High Court of Justice, Kaduna State in the Kaduna Judicial Division, in Suit number KDH/KAD/1302/2018, the presiding judge, Honourable Justice B. Mohammed granted application by the plaintiff dated 21 December, 2018, by giving an order preventing the “defendant from further deducting monies paid into the account, blocking or likening the plaintiff account pending the determination of the case”.

The court also ordered that the plaintiff, a staff of the KRPC/NNPC Production Unit, Kaduna, could continue to operate the account pending the determination of the case, an order the defendant was alleged not have obeyed by making two separate deductions from Mr Iwu’s account.

Furthermore, according to the affidavit deposed to by one Mary Nwankwo from the law firm of Ben Ugwoenuchukwu, counsel to the plaintiff stated, “all the loans he obtained from the Defendant, his application letters for loan from the Defendant is usually accompanied by his pay slip from his employers” which determines whether he was indeed qualified for the loan (N19million) or not.

However, in this case, the plaintiff, Mary Nwankwo stated, “has severally requested for both the repayment schedules and pay slips for the alleged loans of 2014, 2016 and 2017” but “That the Defendant has refused to give him those documents” so as to prove his case.

But the counsel to the Defendant, V. Y. Zemo & Co. in a letter dated 9th September, 2018, denied that his countered the allegation that “We wish to confirm to you that we are in receipt of your demand letter dated 20th August, 2019 and admit that the sum of N6,000 (six thousand Naira only) and N250,000:00 (two hundred and fifty thousand Naira only) was transferred to your client’s account with the defendant (our client) on 9th July, 2019 and 16th August 2019 respectively but with due respect deny the allegation by you and your client that our client removed all the said sum in defiance of the court order of 10th June, 2019”.