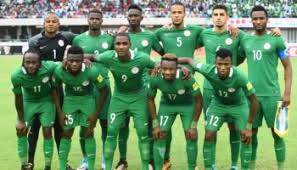 The Confederation of African Football has selected Dr. Peter Kamaku, as the centre referee for November’s 2021 Africa Cup of Nations qualifying match between Nigeria and Sierra Leone slated for Benin City, Edo.

The Super Eagles will go head-to-head against the Leone Stars in the first of an all-important double-header on November 13 at the refurbished Samuel Ogbemudia Stadium in Benin City.

Kenyan Kamaku, is a lecturer in Pure Mathematics at the Jomo Kenyatta University of Agriculture and Technology (JKUAT).

He is the first Kenyan to become a centre referee.

Gernot Rohr’s men currently top Group L with six points after victories against Benin and Lesotho in 2019, while Sierra Leone are bottom of the log after a draw and loss in their first two outings.

A win for Nigeria will see them qualify for a second consecutive AFCON finals after finishing third at the 2019 edition in Egypt.

Rohr is expected to name his squad for the showdown this week, with the likes of Victor Osimhen and Joe Aribo available for selection after missing out on last month’s friendly games in Austria.