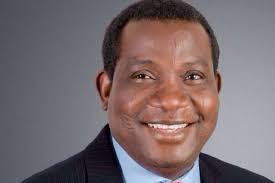 The decision to relax came up following the assessment of the security situation in Plateau State and upon the recommendation of the Plateau State Security Council.

According to the Governor, “By this directive, the curfew is hereby relaxed to commence from 6am to 12 midnight beginning from Wednesday 28th October untill further notice. No movement will be allowed between the hours if 12 midnight to 6am”

He said, “Citizens are advised to go about their lawful businesses without any fear as security agencies have been directed to ensure effective patrols and surveillance to protect lives and property.

“They have equally been directed to identify and arrest any individual or group of persons that engage in any acts of criminality including looting, arson, vandalism and threat to lives and property in the State”

The Governor after going round areas affected by the recent wanton acts of vandalism, arson and destruction in company of the Plateau State National Assembly Caucus, expresses deep sadness over the level of destruction of both public and private properties and the magnitude of loss recorded.

While appealing to the youths to desist from such disgraceful acts, warns that those caught engaging in such activities will be made to face the full wrath of the law.