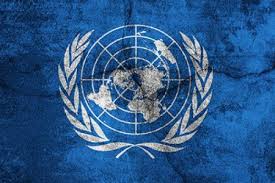 The UN Resident and Humanitarian Coordinator in Nigeria and Special Representative of the UN Secretary General in Nigeria, Ambassador Edward Kallon has commended the Federal Capital Territory Administration, FCTA for its efforts in tackling the COVID-19 pandemic in the Territory.

The UN envoy who gave the commendation when he led a team on a courtesy visit to the FCTA, said his organization will continue to support the FCT Administration in its fight to ensure that the virus is kept in check.

Ambassador Kallon explained that funds from the UN Basket Fund which was launched by the UN, specifically, to address the pandemic was being used to procure medicines and non-pharmaceutical items to the National Centre for Disease Control, NCDC, for onward distribution to all 36 states of the Federation and the FCT.

The UN envoy who lamented the non-compliance to the use of non-pharmaceutical items by many residents, stressed that the virus was going to be around until a vaccine was developed.

He therefore urged leaders not to relent in their efforts at educating the populace on the use of face masks frequent hand washing with soap and water and maintenance of social distancing.

He urged the FCTA to increase on its testing base, especially with the opening of schools and also called for more vigilance, and warned against complacency.

In his response, the FCT Minister, Malam Muhammad Musa Bello also commended the UN for supporting Nigeria in the fight against COVID-19. He particularly appreciated the UN for all support the FCT had enjoyed thus far and expressed the hope for more support.

Malam Bello urged the UN to also focus its COVID 19 intervention in the FCT on the provision of water facilities so as to encourage the frequent washing of hands by residents across the Territory.