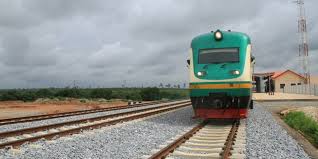 The Minister of Transportation, Hon. Rotimi Amaechi, has disclosed that construction work on the Kano-Maradi railway corridor will commence in February, 2021.

Amaechi gave this hints during inspection tour of ongoing construction of the Lagos-Ibadan stardard rail gauge during the week.

The Minister asserted that he has given the contractors handling the project marching order to begin to acquire the right of way, pay compensation and clearing right of way in preparation for government to commence work.

The China Civil Engineering Construction Corporation, CCECC is the contractor handling both the Lagos-Ibadan and the Kano-Maradi rail line projects.

Amaechi said, “Kano-Maradi is at the stage of loan negotiations. In fact, we are fast-tracking them, and now, contractors are doing front-end engineering, even before the loan; we are insisting on that. We believe that the front-end engineering should be able to end before January 2021″

The Minister said that the work on the Kano-Maradi line project would start first before the Ibadan-Kano line, stating that the Lagos-Ibada standard gauge rail line will be commissioned by President Muhammadu Buhari in January 2021.

”We have told them we cannot wait till the end of January for them to start. They should start now to acquire right of way, pay compensation and start clearing the right of way so that they can prepare” he said.

On Lagos-Ibadan standard rail gauge, Amaechi said that the contractors have done their best, but however stated that the weather condition has remained one of the challenges contractors are facing.

“So far, we have cooperation from the various communities along with the standard gauge construction. The contractors have done what they could do, but the problem is a change in weather.

“The construction is coming to an end; they are trying to beat the target they gave the ministry of transportation because there is a huge improvement” the Minister said.

The Chairman, Board of Nigeria Railway Corporation (NRC), Alhaji Ibrahim Musa, while answering questions from newsmen on what the Ministry was doing on the safety of the people around the rail line, he said the management of NRC had a meeting with Lagos Metropolitan Area Transport Authority (LAMATA) and agreed on areas where overhead crossing and bridges would be constructed.

“We had agreed that some bridges and overhead crossing will be constructed by the Federal Government, while others will be done by state governments. For instance, we have constructed new two-line bridges at Costain and brought down the old ones to enable us have access to the corridor.

“As we are coming, you can see that passengers’ movement is under the track, while in some places we could see overhead bridges from Lagos to Ibadan in consideration of human and goods trafficking along the corridors,” he said.

The NRC Chairman stated that many people are still asking for more access to the corridor, may be considered based on merit and the finances available on the ground.