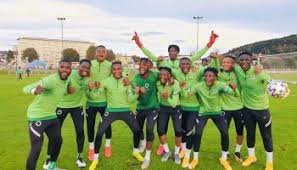 Nigeria’s legendary midfielder, Mutiu Adepoju has appealed to the Super Eagles to produce a better display against Tunisia in Tuesday’s international friendly encounter in Austria.

Gernot Rohr’s men square against the Carthage Eagles at the Jacques Lemans Arena as part of preparations for next month’s double-header AFCON qualifiers against Sierra Leone.

The three-time African champions defeated the North African nation 1-0 in Egypt to win bronze at the 2019 Africa Cup of Nations in July and the maiden AFCON winner expects a similar showing on Tuesday, especially after the Algeria defeat.

“They are top-notch friendlies. We saw Algeria what they did, they are the African champions and Tunisia are a very good team as well,” Adepoju told Goal.

“I want them to take the match against Tunisia with all seriousness because it won’t be nice for Nigeria to lose two games in a row, it is going to affect our FIFA ranking.

“I’m very sure the players will do everything possible, and we’re going to see better performance on Tuesday.”

“It was a below-par performance, I believe the Super Eagles have more potential, and they can play better than what we saw against Algeria.

“I will not write the team off, probably because of the situation at the moment, and in that game, I believe they have players who have not blended together. Nevertheless, I believe the game against Tunisia will be better.”