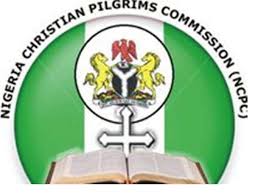 The Executive Secretary of the Nigeria Christian Pilgrim Commission, NCPC Rev. Yakubu Pam, has solicited the partnership of the Nassarawa state government on agricultural empowerment for youth and peace building initiative.

He disclosed this recently at the Government House Lafia during a sensitization visit to the Executive Governor of Nassarawa state, Engr. Abdullahi Sule.

He stressed that God had blessed the entire northern Nigeria with vast land mass which would be suitable for such agricultural activities.

Rev. Pam solicited the partnership of the Governor in peace building. According to him, “I can partner with you on peace building”. He stated that Nassarawa state is very important and dear to Mr President’s heart. He offered to work with the Governor to convene a peace summit in the state.”

He commended the Governor for his infrastructural development in the state within his short period in office and for ensuring that peace reigns in the state.

He further commended him for his track records of having the highest number of Christian pilgrims to the Holy Land of Israel.

He equally commended the Chairman and Executive Secretary of the Nassarawa state Christian Pilgrims welfare Board for the good work they are doing.

Speaking, the Executive Governor, Engr. Abdullahi Sule, stated that the importance of peace in national development cannot be over emphasized.

According to him, “Peace is something that is vital in any aspect of development. I have equally seen what lack of peace could do”.

The Executive Governor thanked the President, Muhammadu Buhari for appointing the NCPC boss to the office of the Executive Secretary of NCPC, adding that he “Is the right person for the job”.

He explained that Pilgrimage to Israel should be a spiritual journey for prayers and not for shopping or jamboree.

Governor Sule affirmed that with the appointment of the NCPC boss by the president, the spiritual content of pilgrimage would surely be enhanced.

The Governor further explained that he was particularly happy to go into partnership with NCPC on agricultural empowerment, expatiating that his team had been working on it and the modalities for the partnership would soon be unveiled.