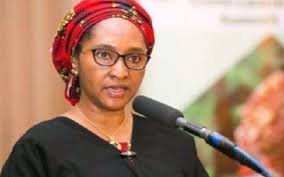 Minister of Finance, Budget and National Planning, Mrs. Zainab Ahmed, has said that despite the fact that the International Monetary Fund, IMF is pushing debt relief for low income countries, Nigeria will not apply for relief to get out of crippling N31 trillion debt burden.

The Minister made this disclosure on Tuesday in Abuja during the public presentation of the 2021 budget in the National Assembly.

Responding to a question whether Nigeria would take the option of the debt relief, Ahmed said the government was not considering such at this time.

She said several loan agreements have been entered with various lenders, adding that asking for debt relief would portend Nigeria as a country that cannot repay its indebtedness in the eyes of creditors.

President Muhammadu Buhari had presented a budget proposal of ₦13.08trn up by 22.9 per cent from the ₦10.8trn 2020 budget, with revenue projected at ₦7.5trn.

The budget deficit is projected to grow by ₦5.21trn made up of Government Owned Enterprises and project-tied loans thus representing 3.64 percent of the budget size.

The ₦5.21trn budget deficit exceedes the three per cent threshold prescribed by the FRA 2007 for the annual budget.

Ahmed said that although the 2021 budget deficit exceeded the three per cent threshold, the government has not breached the law.

She said that there is a provision in the Fiscal Responsibility Act that allows the government to surpass the threshold during “unusual times.”