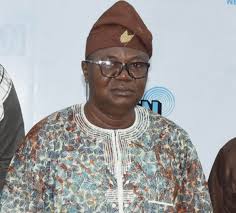 The Academic Staff Union of the Universities, ASUU, has said that despite its meeting with the Senate President on Monday, nationwide strike still continues.

The Senate President, Ahmad Lawan met with leadership of ASUU on Monday where he appealed to them to go back to the classroom.

But ASUU, in a statement on its twitter handle said it would now meet with its members in an internal meeting, but that till then, the strike continued.

According to ASUU, “The Senate President appealed to the FG and ASUU to be ready to sheath swords to end the ongoing strike to allow students resume.

“The Senate President is confident ASUU is prepared halfway to meet the government to resolve the crisis for good. It’s also not beneficial when universities are shut.

”Senator Lawan warned that government must be careful and be truth to its words when agreements are signed and also be sure that they have the capacity to implement such agreements.

“We’ll now meet with our members for an internal meeting, but for the moment, the strike is still on.Our good fight remains sacrosanct.”