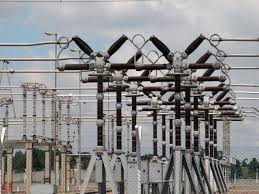 The Federal Government has extended by one week, the suspension of the new electricity tariff to allow for effective implementation of the decisions taken on the matter.

This is part of the work plan for effecting the resolutions of the Ad Hoc Technical Committee constituted to investigate the rationale and implementation of the increase in electricity tariff, in the ongoing dialogue between the Federal Government & the Organized labour on the issue.

The parties to the dispute had in their last meeting agreed to suspend the application of the cost-reflective electricity tariff adjustments for two weeks, while constituting an ad hoc Committee to examine the policy.

Presenting the work plan for effecting the resolutions, which had been adopted by the parties, at a stakeholders meeting in Abuja, Minister of Labour and Employment, Dr Chris Ngige, said the extension was to allow the National Electricity Regulatory Commission (NERC) and Electricity Distribution Companies (DISCOs) work out and implement the decisions reached.

“So, by next Monday, we hope that everything about this would have been completed, and the new adjustments and reductions would be effected by Executive Order from NERC”, he said.

The resolutions, to be implemented by all stakeholders within the week (by 18th October), are in two phases and categorised under Immediate Relief, and Extensive Review of Key Sector Reforms.

According to the resolutions, the two-phase approach would “help resolve issues affecting the sector in the medium term, whilst providing relief to customers immediately.”

The immediate reliefs would be provided to citizens from now to December, “being the timeline for the conclusion of an extended scope of work for the Technical Committee”, as agreed by the meeting.

The parties resolved that Government would start the immediate distribution of the first one million meters, being the first tranche of the six million meters pledged by Government under its National Mass Metering Programme, NMMP.

Coupled with the above, NERC is also expected to compel the DISCOs to meet the metering needs of the customers.

The meeting also agreed on an immediate implementation of mandatory refund for any overbilling during system transition by the DISCOs.

To protect customers from changes in tariff during the interim period of review by the Joint Technical Committee (not later than December), DISCOs would be mandated to freeze customer band migration.

Among other resolutions, the parties also agreed on a mandatory monthly publication by NERC of allowed billings in Naira for unmetered customers, to make the Capping Regulations more effective, as well as salary protection for electricity workers.

For the second phase, the parties agreed that the Ad Hoc Committee would work from October 12 to December 12, 2020, to ensure the resolution and implementation of all outstanding issues.

Some of those issues include reviewing the mechanism for gas pricing; and performing audit of implementation of the service-based tariff across DISCOs to ensure consumers are not overcharged or cheated in any form.

The Committe would also ensure the accuracy of Meters installation during the National Mass Metering Programme, among other outstanding issues.

The Adoption of the work Plan for Effecting the Resolutions of the Ad Hoc Technical Committee on Electricity Tariffs was signed by Secretary to the Government of the Federation, Boss Mustapha, and Minister for Labour and Employment, Dr Chris Ngige, for the Federal Government side, and Nigeria Labour Congress (NLC) President, Comrade Ayuba Wabba, and Trade Union Congress (TUC) President, Comrade Quadri Olaleye, for the Organized Labour.

The Ad Hoc Technical Committee on Electricity Tariff is headed by Minister of State for Labour, Festus Keyamo, SAN, with membership drawn from Government, NLC, TUC and the DISCOs.

Present at the meeting were Minister of State for Power, Godwin Jedy-Agba; Chairman, Nigerian Electricity Regulatory Commission, Prof. James Momoh; among others.