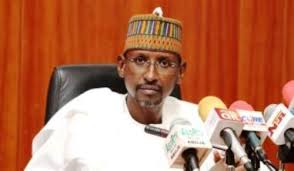 Minister of the FCT, Malam Muhammad Musa Bello has reiterated the commitment of the FCT Administration for staff cooperative housing schemes saying that one of the greatest desires of a family is to own their own home.

The Minister said this when he performed the groundbreaking ceremony of the 404 unit staff housing estate of the Abuja Metropolitan Management Council’s Cooperative Society at the Wasa District of the FCT on Monday, 12th October, 2020.

In the words of the Minister, “with the FCTA’s staff strength of over 27000 you will agree with me that so many of our compatriots within the staff structure of the FCT would desire to have their homes.”

The action of the AMMC Cooperative Society, the Minister said was in line with President Muhammadu Buhari’s agenda of providing housing to Nigerians in order to bridge the current national housing deficit.

He also revealed that the cooperative society was collaborating with the Federal Mortgage Bank and Mutual Alliance Mortgage Bank as the major financiers of the project while the Abuja Property Development Company, (APDC) is the project developer.

The project which is expected to cost 1.5 billion Naira is scheduled to be completed in 2023, Engr Hamisu added.

He also expressed the appreciation of the cooperative to the FCT Minister for granting a waiver on the sum of 9.8 million Naira being the cost of building plan approval fees. He also revealed that the sum of 4.5 million Naira was expended as compensation to the indigenous people affected by the construction.