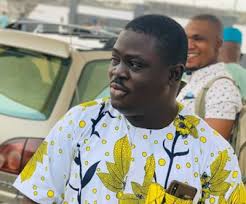 The National Association of Nigerian Students, NANS has urged protesters against the Federal Anti-Robbery Squad, FSARS of the police to tread carefully.

Mr Azeez Adeyemi, the National Public Relations Officer of the association said this in a statement in Abeokuta on Saturday.

Adeyemi who noted that, though, the activities of FSARS needed to be checked, said that the ongoing protest in parts of the country has been hijacked by hoodlums.

He added that the hoodlums might take advantage of the protest to wreak havoc on law-abiding citizens of the country.

“The activities of the police, not only that of the special anti-robbery squad should be reformed for optimal performance, but we must take precautions and be careful about the way we go about it.

“Information at our disposal revealed that some hoodlums have already hijacked the nationwide protest in a bid to cause chaos and throw the country into crisis.

“We are also aware that some internet fraudsters in a bid to continue perpetrating their criminal acts are mobilizing hoodlums to protest against the activities of FSARS who have been clamping down on them.

“We want to call the attention of the Inspector-General of Police, IGP, Mohammed Adamu to the plans of these criminals and their devilish plans,” Adeyemi said.

He added: ”The I-G ordered that men of the FSARS should no longer conduct checks neither should they mount roadblocks but the people behind these protests are not satisfied with this.

“The police should not hesitate to arrest and prosecute anyone caught disturbing the peace of the public or causing violence all in the name of protest.

“We call on Nigerian students and youths, in general, to always be law-abiding and not to allow anybody or groups to use them for their selfish interests”