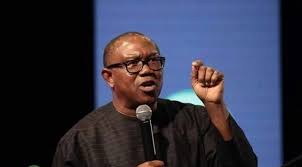 Obi, an alumnus of the university of the class of 1984, inaugurated the capital campaign at the 60th Founders’ Day celebration of the premier university where he featured as the guest lecturer.

The former governor had frowned at the pace of development in the university, stating that alumni of the institution had done very little or nothing to help their Alma Meter.

He said that the fund raising campaign would run for a period of five years with a target mobilization of N1 billion annually from alumni of the university effective from 2021.

“If about 10,000 alumni of the university can come together and make annual contribution of N100,000.00 each, we should be able to raise one billion yearly to help our Alma Meter”, the former governor said.

Obi, who promised to pay two percent of annual fund mobilization, said that he would make funds available to the management of the university to furnish office apartment from where the fund drive would be coordinated and judiciously utilized.

“I will be fully involved and will personally supervise activities of the office”, he promised

The Vice-Chancellor of the University, Prof Charles Igwe, had lamented the deplorable state of infrastructure in the university, stating that at 60, existing infrastructure had aged and deteriorated and therefore required urgent facelift

Igwe noted that the University of Nigeria was the only first generation university in the country without a Senate building.

The Senate of the University, according to him “still meets at a make-shift venue furnished with plastic seats” and the space is no longer adequate for the growing number of professors in the university

The Vice-Chancellor also bemoaned the overwhelming problem of power supply. He said that the monthly energy bill of the university, “which stands at over N70, 000,000.00 always leaves a hole in the pocket of the university.

“Being able to generate our own electricity, like some of our peers, would be a huge relief to the university”.

Igwe said that the capital campaign spearheaded by Mr Peter Obi was necessary to save the soul of the university.

He explained that Obi was selected to drive the campaign because of his passion for improved funding for education and his track record of prudent management of public funds.

The Vice-Chancellor expressed confidence on the ability of Obi to mobilize other alumni of the university to come to the aid of their Alma Meter, promising that every kobo donated would properly accounted for.