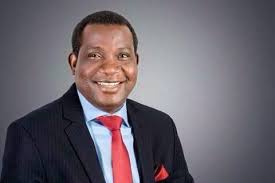 Plateau state Government has said that conscientious efforts must be embarked upon by all Ministries, Departments and Agencies, MDAs, towards boosting Internally Generated Revenue, IGR, in the state, so as to augment the dwindling Federal allocation.

Prof. Danladi Abok Atu, Secretary to the Government of the State, SGS, made this known while reading the communique after a two day policy review retreat for Commissioners and Permanent Secretaries in Jos on Friday

He said that actions must be expedited towards reviewing the state consolidated revenue law.

“The economic team should take an inventory of all investments proposals that have recommended and pass to Ministries, departments and agencies for implementation,” he said.

Atu said that following the outbreak of COVID 19 which led to a lockdown of the state for over 3 months, with the gradual relaxation of the lockdown, it became imperative for the state government in conjunction with GIZ to organise a two day policy retreat for commissioners and Permanent Secretaries to further take stock of the performance of each MDA, since the last retreat vis – a – vis the five year developmental plan of the adminstration.

He explained that during the retreat, each MDA presented and evaluated itself in the light of the one year achievements recorded, challenges and possible areas of adjustment.

Atu further directed that Government, MDAs, must liaise with the ministry of Justice when drafting all agreements and Memorandum of Understanding with individuals or co-operate organisations.

“There should be continuous synergy amongst Ministries, Departments and Agencies to reduce conflict of interest in programme execution, revenue generation as well as facilitate and cut down the cost of governance, this emphasises the imperative to form councils for cluster ministries.

The SGS further noted that the Head of Service in conjunction with the Ministry of Budget and Planning, should ensure that planning, research and statistics offices are established in all the MDAs, where such offices are lacking and officers posted or deployed for proper documentation of government’s programmes and projects.

“Activities of all donor agencies in the state should be well coordinated and centralised by the ministry for Budget and Planning, Donor agency funds should be consolidated along the various sectors to meet the peculiar needs of the state.

“All flows should be disclosed to the Ministry of finance for proper documentation,” he added.

The SGS also said that there was the need to consider the recruitment of staff across the Ministries, departments and agencies and to train public servants to be information and communication technology compliant and enhance the capacity of Ministries, Departments and Agencies for consumation or implementation.

He called on medical Doctors in the state, who have the capacity to come together in groups and take advantage of the Federal Government’s intervention to establish Mega hospitals instead of small health centers, which will i. turn contribute to Medical Toursim in the state.

Our correspondent reports that the retreat was attended by Chief of staff to Governor Simon Lalong,Chief Noel Donjur , the Chairman of the State Economic Team and Executive Director of Jos Business School, Mr. Ezekiel Gomos, all Commissioners and Permanent Secretaries in the state.