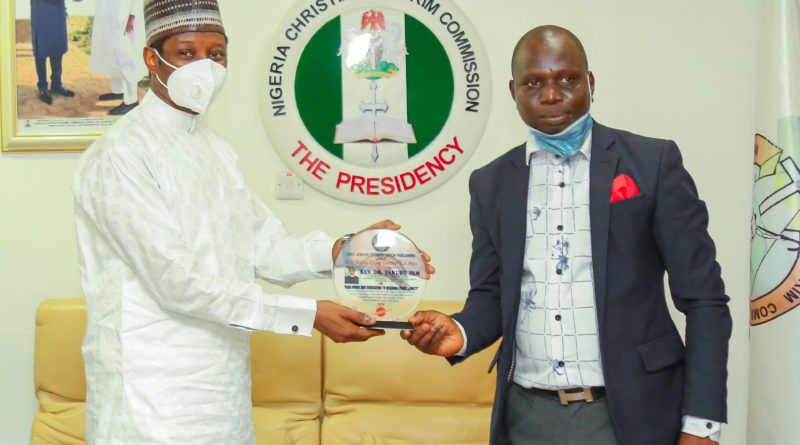 The Executive Secretary of NCPC, Rev. Yakubu Pam gave the promise while playing host to the Executives of the West Africa Students Union Parliament in his office in Abuja.

The NCPC Boss commended the parliament for their programmes that seeks to curb the social vices among youths in West Africa.

In his words, “I am very happy for the work you are doing, the Commission will support you and support your programmes”.

Rev. Pam explained that Africa is cumbered with so many challenges of social vices, according to him, “I see the black race already being focused and by the grace of God, we will overcome all our challenges, with youths like you, the issues will be tackled”.

The Peace Ambassador urged the Leaders of this country to look into the challenges facing the youths and nurture them to grow in the way they should.

He further urged them to rebuke the youths that are into various crimes and social vices. In his words, “our leaders should condemn this immoral acts and ensure that the culprits are brought to book”.

Rev. Pam called on security personnels in the West Africa Boarders to do everything humanly possible to secure the countries within the West Africa region from social vices because according to him, “our borders are very porous and we need to tighten every loop hole in our boarders”.

The NCPC Scribe thanked his guests for their concern for him and promised to organize programmes for the youths in Nigeria and West Africa on peace building and national development.

He said, “This programme will bring the countries in the West Africa region together”

Speaking earlier, the Deputy Speaker of the Parliament, Hon. Lorata Chabike thanked the Executive Secretary for his warm reception.

He informed that the West Africa Student Union Parliament is a body that cuts across West Africa countries formed to fight racism and to campaign against social vices among the youths in West Africa.

Hon. Chabike commended the NCPC boss for his giant strides since assumption in office. According to him, “we are aware of your tremendous contribution to the Christian faith and your advocacy for peace”.

He explained that God has appointed the Executive Secretary of NCPC as an intermediary between the government and the Christian community in Nigeria.

The Deputy Speaker of the Parliament prayed that God would help Rev. Pam to achieve the purpose for his appointment.