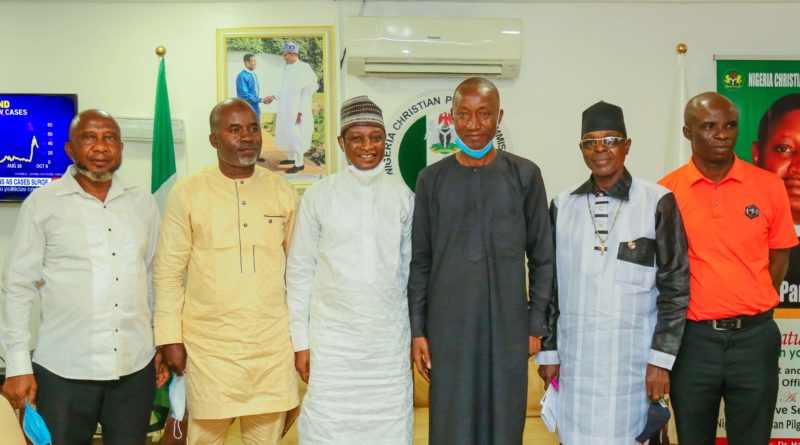 Rev. Pam made the commendation in his office at the NCPC headquarters in Abuja while playing host to the members of the National Anti-Corruption Marathon.

NCPC boss, while applauding the group for having a serious plan of action towards eradicating corruption in the country, he said fighting corruption is the first on the list of his six points agenda since his assumption of office as the Executive Secretary of NCPC.

Rev. Pam assured the group of his partnership and full support, both morally and financially in their forth coming events.

Earlier, the National Cordinator, National Anti- Corruption Marathon, Mr. Jacob Onu commended President Buhari on his efforts so far in fighting corruption which has produced vibrant and sound citizens that would be able to compete favorably in this 21st century.

He applauded the Executive Secretary, Rev. Pam on his immense contributions to Nigeria especially his peace building initiatives and the Commission’s zero tolerance to corruption.

He canvassed for the support of the Commission in their world class programme on Marathon and Youth and Students Summit in this year’s United Nations International Day on Anti-Corruption Programme.

According to him, “The Marathon intends to create awareness on the danger of corruption to our existence as a nation”

He urged the Commission to participate and play significant roles in the fight against corruption to ensure a corrupt- free society.