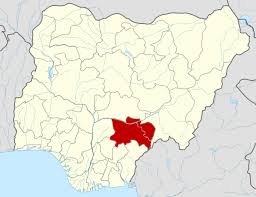 A media support group of the Peoples Democratic Party, PDP in Benue State, has described as untrue, the propaganda on the social media that some members of the party defected to the opposition, All Progressive Congress, APC.

The group, Benue South PDP Social Media, in a statement on Friday by its Coordinator, Comrade Yemi Itodo, said those selling such propaganda were only doing so for personal gains, urging the public to disregard such “unfounded rumours”.

The Hon. Sir John Ngbede led State Working Committee of the PDP had, on Tuesday, inaugurated the executive of the Ogbadibo chapter of the PDP.

Barely 48 hours after the inauguration, some APC members took to the social media, suggesting that some members of the PDP abandoned the party for the broom party.

But Comrade Itodo in the statement, said it was rather the APC members that indicated interests to join the ruling PDP which the chapter Chairman of the party, Hon. Vincent Amuche had hinted the state leadership of PDP and a new date shall be fixed to welcome over 3000 members of opposition parties who are itching to join PDP.

“I can authoritatively tell you that there shall be great tsunami in the camps of the opposition parties in the coming weeks. What has been delaying it was the inability to inaugurate the elected chapter executives, due to COVID-19.

“But now they are being inaugurated and you will be shocked at the caliber of persons that have already concluded arrangements to join PDP”, Itodo said.

He stressed that, “no member of PDP left the party for any other party”, challenging anyone with names and wards of those defectors to publish them.

“The truth is that, some aggrieved persons left their parties after the primaries did not favour them few years ago and joined forces with APGA, SDP, Labour, etc. So, if those persons decided to rejoin their parties, how would you ascribe such defections as from PDP?

“Do you know how many great members of PDP that had since returned to the party in their various wards without making noise”, Itodo posited.

Comrade Itodo further warned the opposition parties against heating up the polity at the time all hands must be on deck in the business of governance of Benue State.