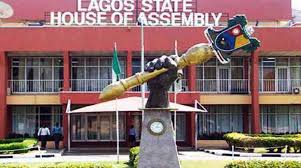 The Lagos State House of Assembly on Friday demanded the proscription of the Federal Special Anti-Robbery, FSARS, and the introduction of a new and well-structured security outfit in its place.

The House also called on the Commissioner of Police in Lagos State, Hakeem Odumosu, to provide protection for the protesters while they express their grievances.

The call was made at an emergency sitting presided over by the Speaker of the House, Mudashiru Obasa, to address the petition of the protesters and add a voice to the current call across the nation for an end to the widely reported alleged inhuman activities of the body.

Late Thursday, Obasa and some lawmakers had addressed some residents of Lagos who protested to the House of Assembly demanding for an end to F-SARS with some of them alleging that innocent people had become the major victims of the body.

Among the seven-point resolution passed after an extensive deliberation was also that the Senate and the House of Representatives should carry out a probe of the allegations against F-SARS, including killing, maiming and dehumanising of Nigerians.

Below is the list of demands made by the House of Assembly:

The House Resolved as Follows,that: