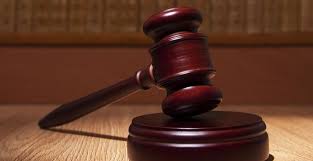 Having pleaded guilty to amended one-count charge of fraudulent impersonation, Justice Ibrahim Watilat of the Federal High Court, Abeokuta Division convicted and sentenced Omogbolohan, Damilare and Felix to five months in prison each, while Peter bagged four months for the crime.

Sanni, popularly known as Alan Anderson, was prosecuted before Justice Muhammed Abubakar of the Federal High Court of the same Abeokuta Judicial Division on amended one-count charge of fraudulent impersonation and having pleaded guilty, was sentenced to eight months imprisonment without an option of fine.

All the convicts are to restitute their victims the sums of money they fraudulently obtained from them and forfeit all the items recovered from them to the federal government.