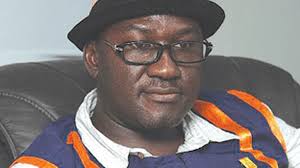 Minister of Labour and Employment, Senator Chris Nwabueze Ngige has condoled the President and members of the Nigerian Labour Congress, NLC, the Nigeria Union of Local Government Employees, NULGE, the Chairman, Board of Directors of Nigeria Social Insurance Trust Fund, NSITF and the Government and people of Kano State on the loss of Comrade Ibrahim Khaleel.

Comrade Khaleel was until his death last night in Abuja, the Ex-Deputy President and Incumbent Treasurer, NLC, member representing NLC on the Board of the NSITF, President of Nigeria Union of Local Government Employees, NULGE and a prominent indigene of Wudil town of Kano State.

The minister in separate letters to the President of NLC, Comrade Ayuba Wabba, Governor of Kano State, His Excellency Abdulahi Umar Ganduje and Chairman, Board of NSITF, Prince Austin Enejamo-Isire, described Comrade Khaleel’s death as an irreplaceable loss of a diligent, strong, energetic and dynamic manager of men and material resources.

The minister said that the first time he met the late Khaleel was in 2005 when he led a delegation of National NULGE and state officers from Anambra State to dialogue with him over the operation of local government administration in the then Anambra State.

He says their part also crossed again when he met him as an NLC representative on the tripartite committee of the minimum wage 2018/2019.

He again met the deceased at many other labour negotiations with government and international labourfora and found in him a man of very few words who made valuable and incisive contributions whenever he spoke or proffered an idea.

Of late, as the Chairman of the NSITF Board Audit Committee, Comrade Khaleel discharged diligently, effectively and efficiently, the functions of chairing the joint Presidential Committee on the Financial and Procurement Breaches in the NSITF, an assignment which they had put in an interim report and actually had completed the final report ready for submission.

At the last interactive meeting with the ministry, he had sought for a date for him and other members of the committee to submit their report before death came calling.

The Minister used the opportunity to condole with the NLC family, NULGE, NSITF, the Governor and people of Kano State and the immediate family of the deceased and prayed God Almighty to give them the strength and fortitude to bear the loss of this gentleman Comrade and to accept his soul in paradise.