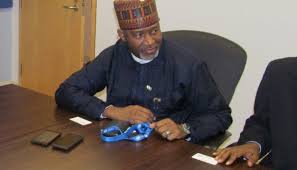 Director General of the Nigerian Civil Aviation Authority, NCAA, Captain Musa Nuhu has identified lack of existing corporate governance as the major factor hindering the success of domestic airline operations in the country.

Speaking at a webinar gateway forum organised by aviation journalists in Lagos on the domestic airlines business models, the NCAA director general agreed that the management of an airline had a number of issues that could impact the running of the entity one of which he identified as corporate governance.

Other crucial issues he identified include “separation of ownership from the day to day management of the airline business, for a lot of airlines in Nigeria, that is a very blood line because there is no definite guidelines separating the owners of the airline from it management.”

On how to tackle these militating factors, the NCAA DG declared: “Once the civil aviation Act is passed by the National Assembly and we have a new mandate, we intend to look at that regulations also maybe with the Corporate Affairs Commission (we will sit down and see how we can apply some of these corporate governance issues in our regulations strictly and resolve some of these difficulties we have been facing.

One of the things we are going to do is that the directorated of air transport regulations will be empowered and also enhanced to really study the business models and plans of airlines and see how effective they can be we can have a more positive regulatory function, we are doing it now but I believe we need to build more capacity in that department.”

On how to resolve financial issues between airlines and their workers, Nuhu stated that the financial challenge facing the domestic airline airlines was not peculiar to Nigeria, saying that it is a global thing.