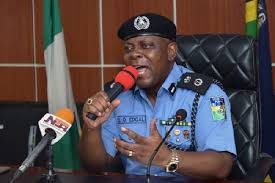 Operatives of the Federal Special Anti-Robbery Squad, FSARS at Adeniji Adele Road, Lagos Island, have arrested two drivers and three agents who allegedly diverted a 40-feet container load of sesame seeds valued at N26 million entrusted in their care by the owner, Oluwa Seun Adedeji to deliver to his ware house in Lagos.

The arrest, according to a police source was made possible by the Commissioner of Police, CP in charge of FSARS, Lagos, Mr Edgal Imohimi who directed a crack team led by Inspector Nwaeze Onuoha to arrest the suspects anywhere they could be found following a complaint by Adedeji.

The suspects were said to have been contracted by the complainant as agents and truck drivers to convey the goods in their truck from Apapa port to his warehouse in Lagos.

Police alleged that instead of delivering the goods to the owner, the suspects diverted the goods and allegedly sold them.

When the complainant could not find the suspects and his goods within two days, he reported the matter to Imohimi who directed Inspector Nwaqeze Onuoha to fish out the suspects and the goods.

The police, after about five months of tracking and intelligence gathering arrested the suspects at their various hide out in Lagos.

The suspects were arraigned before the Igbosere Chief Magistrate’s Court, Lagos on a two-count charge of conspiracy and stealing.

Police Counsel, CSP Charles Onwumere told the Court that the accused persons committed the offence between 30 January and 25 March, 2020 in Apapa, Lagos.

The accused persons pleaded not guilty to the charges and their Counsel, Barr. H.C Ufondu urged the Court to grant them bail in the most liberal terms with the promise that they would not jump bail if granted.

Magistrate Osasunmi granted them bail in the sum of N1 million with two sureties in like sum.

Osasunmi adjourned the case till 19 October, 2020 for mention and ordered that the defendant be kept at FSARS Command, Lagos, till they perfected their bail conditions.