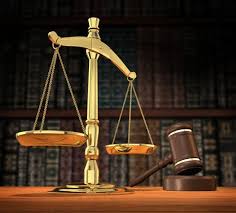 A 36-year-old driver with Day Clear Oil and Gas located, Lekki, Lagos, Christopher Enyinnaya has been sentenced to five years imprisonment with hard labour for stealing his employer’s truck valued at N10.5 million.

The convict was sentenced by Magistrate A.M Davies of Apapa Magistrates’ Court, after he found the convict guilty of the two-count charge of conspiracy and stealing preferred against him by the police during the trial spanning about three years.

Enyinnaya and the Assistant Manager of the Oil Firm, Nwankwo John Paul were arraigned before the Court on a two-count charge of stealing N10.5m truck.

During the trial, Magistrate Davies discharged and acquitted John Paul on ground that the prosecution could not link him with the theft of the truck, but found Enyinnaya guilty for stealing the truck and accordingly sentenced him.

Police Counsel, Reuben Solomon informed the Court that the journey to jail started for Enyinnaya in 2017 when his employer, Mr Ernest Abulime, the Managing Director of Day Clear Oil and Gas sent him to take the truck with Reg. number JJJ 482 XC to a mechanic for repair.

Solomon said that instead of taking the truck to the mechanic as directed, Enyinnaya took the truck elsewhere to sell it and escaped before he was arrested at a hide out.

He said the offences the convict committed were punishable under sections 411 and 287 (7) of the criminal law of Lagos State, 2015.