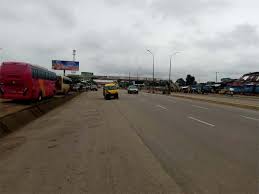 Idealposts
The Permanent Secretary, Federal Ministry of Transportation, Dr. Magdalene Ajani has inaugurated the newly constituted members of the Anti-Corruption and Transparency Unit, ACTU of the Ministry on Wednesday in Abuja.
The Permanent Secretary who was represented by the Director Special Duties, Mrs. Kafayat O. Salami said corruption poses serious developmental challenges and undermines democracy and governance, weakens governmental institutions, retards economic growth, undermines foreign investments and siphons available resources needed to provide public services.
She said all over the world, both the developed and developing economies, are fighting against all forms of corruptions which is considered crucial to fostering good governance and ensuring sustainable socio-economic development.
Furthermore, she said in response to the monumental damages inflicted on the country’s economy as a result of corruption, the current administration adopted the fight against corruption as one of its key strategic objectives to salvage the Nation’s almost crippled economy by establishing some agencies like ICPC, EFCC and ACTU which was established in the MDAs by ICPC in conjunction with the office of the Head of Civil Service of the Federation, OHSCF to galvanize staff and as well focus on eliminating corruption in the various MDAs.
Dr. Ajani acknowledged that corruption has eaten deep into the fabric of Nigeria which become so embedded in our national life resulting to decay of societal institutions and infrastructure, adding that it has eroded public confidence in the country’s political and economic institutions.
She further charged all members of the unit to maintain personal integrity at all times in the discharge of their duties.
In his goodwill message, the representative of the Chairman Anti-Corruption and Transparency Unit, ACTU of the Office of the Head of Civil Service of the Federation, Mr. Patrick Okolie congratulated the Federal Ministry of Transportation for the inauguration of ACTU and called on the ministry and it’s members to comply with all adopted government policies, initiatives and programmes.
Delivering the goodwill message of the ICPC chairman by his representative, Mrs. Ophelia Onyeka pointed that ACTU is not set up as a paralled authority to the management, rather they are to work closely with management to build a reputable organization and achieve zero corruption in the MDAs.
Delivering the vote of thanks on behalf of the members, the Chairman, Mr. Chukwu Oliver thanked the ministry for finding them worthy to maintain accountability, transparency and promised to work hard in discharging their duties.