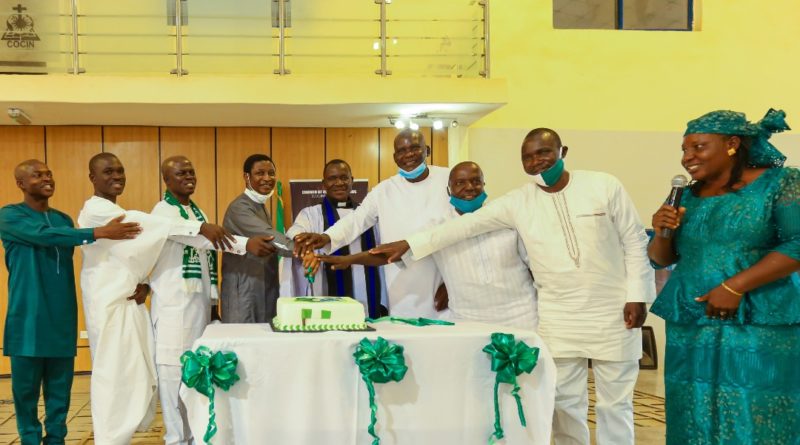 The Executive Secretary of the Nigeria Christian Pilgrim Commission, NCPC, Rev Yakubu Pam has said that the church is in a better position to bring spiritual independence to Nigeria.

Rev.Pam made this assertion on Sunday during a ministration at the 60th Independence anniversary church service by the Church of Christ In Nations, COCIN, LCC Nyanya, Abuja.

The NCPC boss posited that the founding fathers of the nation gave us physical independence on Ist October,1960 but the church has the mandate to give the nation spiritual independence which would take her to glory.

He thanked the church for believing in the leadership of the nation by commemorating the Diamond Jubilee of Nigeria in such a colourful manner worthy of emulation.

Rev. Pam in his sermon titled “God will force Pharoah to release you” took his Bible lesson from the book of Exodus Chapter 3 verse 19 which explained that the Lord told the people of Israel that the King of Egypt would not let them go except he is forced to do so.

He therefore affirmed that the Lord would deliver Nigeria by force from its enemies, adding that at 60, Nigeria would rise from slavery to master and would move from glory to glory.

The NCPC helmsman further stressed that at 60, Nigeria should not run away from her troubles, but should be bold to face the challenges confronting her as a nation.

He expatiated that out of the troubles Nigeria is passing through, that something good would come out of it.

Speaking at the service, the Relief Pastor, Rev.Kefas Dawit thanked the NCPC boss for honouring the invitation to minister to the soul of the faithful on a special independence service.

He further commended him for the peace building role he has been playing in the troubled spots in the North.

Rev. Dawit urged him to continue to bring succcour to those who were affected by crisis and that the Lord would grant him the grace to effectively pilot the affairs of NCPC.

The high point of the service was the cutting of the 60th anniversary cake for Nigeria as well as the presentation of a branded large congratulatory card for the NCPC boss on his well deserved appointment by Mr.President.