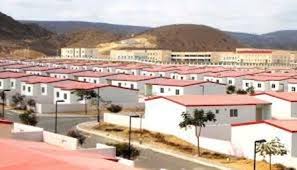 Real Estate Developers Association of Nigeria, REDAN, has revealed that it will build 77,400 houses in urban and rural communities across Nigeria to address the housing deficit in the country.

The National President of the association, Dr. Aliyu Oroji, made the disclosure while reviewing the feat achieved under his stewardship in the past eight months, on Sunday in Sokoto.

The association howevr warned Nigerians to be wary of estate racketeers to protect themselves against fraudulent transactions.

Oroji disclosed that decent and affordable houses would be provided under its Rural-Urban Housing Initiative (RUHI) in the 774 Local government areas in the country.

He noted that the gesture was part of efforts to drastically reduce the existing housing deficit which stood at over 22 million.

“Under the initiative; 100 housing units will be constructed in each of the 774 LGAs.

“We are working in collaboration with government agencies and other critical stakeholders in the housing sector to bring succor to Nigerians.

“The houses will be build where feasible and it will be viable. It will alleviate the suffering of the people both in the public and private sectors,” he said.

According to him, the association is in partnership with the Nigeria Union of Local Government Employee (NULGE) and Nigeria Union of Teachers (NUT), towards ensuring that Nigerian workers benefit more from the projects.

Oroji added that the project would soon commenced in Kaduna State in view of its friendly land system administration.

He lauded the Federal Government for earmarking N200 billion to fast track provision of about 300,000 houses in the country.

The REDAN President reiterated commitment to work in collaboration with the Federal Government to ensure the successful implementation of the project.

Oroji, however, raised alarm over alleged racketeering and fraudulent activities by a group, to defraud members of the public.

“Nigerians should desist from having any transaction with this fraudulent group of people.

“They allegedly duped many innocent people in some states. We must put a stop to their illegal activities.

“Unsuspecting members of the public allegedly paid N250,000 to enable them to register with the group, and another 100,000 for the house allocation,” he said, adding that the association had reported the matter to the appropriate authorities.