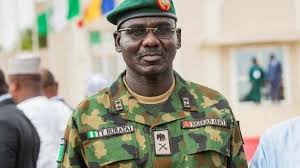 The Defence Headquarters says the Air Task Force, ATF of Operation Lafiya Dole has again recorded appreciable success in their resolve to stem terrorists’ activities in the North East Zone.

The Coordinator, Defence Media Operations, Maj.-Gen. John Enenche, announced this in a statement on Saturday in Abuja.

Enenche said the crews of the subsidiary Operation Hail Storm2, had on Oct. 1, neutralised several Boko Haram terrorists and destroyed their hideouts at Maima and Tusuy near Warshale and Tongule along the Dikwa-Rann axis of Borno.

He said the feat was achieved sequel to credible intelligence reports and a series of aerial surveillance missions, which indicated that the locations were being used as rendezvous points by the terrorists.

According to him, the Air Task Force dispatched an appropriate force package of Nigerian Air Force, NAF fighter jets and helicopter gunships to engage the two locations.

“The attack aircraft scored devastating hits in the target areas, destroying some structures and neutralising several of the terrorists,’’ he said.