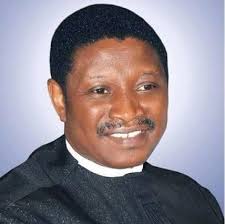 The Executive Secretary of the Nigeria Christian Pilgrim Commission, NCPC, Rev Yakubu Pam, has commended the Middle Belt Youth Council for the peace keeping and reconciliation role they have been exhibited in the Tivs and Jukun crisis in Benue, Taraba State and other crisis spots in the Middle Belt.

He made this commendation when the members of the Middle Belt Youth Council paid him a courtesy visit in his office.

Rev. Pam further commended the group for their initiative to come together from the various states in the middle belt to proffer solutions to the crisis in the region.

According to him, “Nigeria is a project and as responsible leaders and citizens, we should always seek to identify the problems of our people and seek to resolve them”

The NCPC boss stressed the need for Nigerians to come together and build the nation and also to ensure that the crisis and challenges we face as a nation are conquered.

In his words, “an individual cannot build a house, we have to come together to build our Nation”.

He explained that the Commission is working tirelessly in its peace and reconciliation agenda especially in the Middle Belt which is part of nation building.

According to him, “I am glad that NCPC has become a rallying point for young people to come together to build the Nation and achieve their dreams”.

The NCPC Scribe said that Nigeria has a great future and in no time would be a better place.

The NCPC Chief Executive encouraged the Middle Belt not to give up in the face of crisis, but look to God for solution.

He said that, “it is the middle belt states that is majorly affected negatively with the crisis in the North”.

“I believe that God has brought me into the system for a purpose and I will not shy away from our challenges because that is what leadership is all about”.

The NCPC helmsman promised to work with the Middle Belt Youth Council on the Commission’s peace and reconciliation project between the Tivs and the Jukun.

Speaking Earlier, the Coordinator of the Middle Belt Youth Council, Mr. Obadiah Ovey thanked the Executive Secretary for receiving him and his team.

He explained that the Middle Belt Youth Council is a group of youths from the transition zone of the country from seven states in the middle belt.

He further explained that the group is geared towards building the nation and resolving the issues in the middle belt.

According to him, “we have seen your peace and reconciliatory efforts since your assumption of office and we are here to submit ourselves to your mentorship”.

Mr. Ovey charged the Executive Secretary to keep the good work he has started and make NCPC a point of reference for other government agencies.