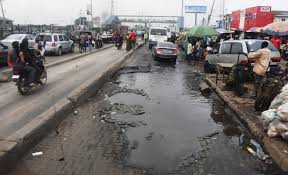 The Lagos state Ministry of Physical Planning and Urban Development has set up a special 4-man team to rid of illegal developments on the Federal Highway alignment, abutting CMD Road Magodo.

The Commissioner for Physical Planning and Urban Development, Dr. Idris Salako charged the team, during its inauguration in Alausa at the weekend, to ensure the removal of all illegal structures in the area, starting from Otedola end to Ikosi end of CMD Road.

He stated that it was grossly out of place for people to illegally take over every urban space for development purposes, despite repeated warnings by the Government that such acts were inimical to the sustainable physical development of the State and as such not condonable.

The Commissioner reiterated that Government would not sit by and allow people to indiscriminately despoil what ought to form part of the reserved lands in Lagos State as efforts of the special team would assist the initiative to reclaim and control the development of the valuable urban space.

He urged the team to work for the realization of this objective assiduously, without fear or favour as nothing short of diligence and professionalism was being expected from its members in the discharge of the important assignment.