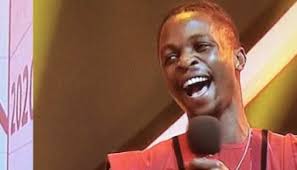 Laycon was announced the winner of the show on Sunday and expected to be awarded 85 million worth of prize. A day after Laycon was named winner, the body in charge of tax in Lagos (LIRS) got in touch with the reality star.

LIRS congratulated Laycon for winning the TV show and said that they look forward to him paying his tax.

OGIRS barely 24 hours after also congratulated the Ogun-born reality TV star saying that they also look forward to him paying his tax.

Laycon while in the Big Brother house revealed he was from Abeokuta, Ogun State capital.

After he was announced the winner on Sunday, he would be handed over his prize as winner of the BBN season 5 on Wednesday.