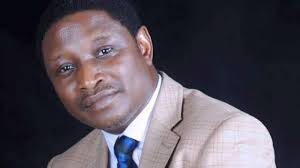 The Executive Secretary of the Nigeria Christian Pilgrim Commission NCPC, Rev. Yakubu Pam has lauded the Governor of Plateau State, His Excellency, RT. Hon. Simon Lalong for his role in actualizing the commencement of commercial flight operations from Abuja to Jos.

Rev. Pam particularly noted with enthusiasm the recent signing of the Memorandum of Understanding between the government of Plateau State and the Max Air Airline which has resulted to the commencement of the commercial flight operations with the inaugural flight slated for Monday, 28th September, 2020.

In a statement signed by NCPC Head of Media, Mr. Celestine Toruka, he commended the Governor for his giant strides and for being a pace setter in making the dreams of plateau people a reality.

NCPC boss stressed that the commencement of flight operations from Abuja to Jos will surely attract new investments and business activities in the Home of Peace and Tourism.

He equally stated that with this development, the Yakubu Gowon Airport, Jos would soon witness a beehive of activities which would culminate in the upgrade of the airport especially the expansion of its run way to accommodate Air Bus Aircrafts.

Rev. Pam also enjoins the peoples Governor to ensure that the Yakubu Gowon Airport is upgraded to International status so that Plateau Christian Pilgrims and other neighbouring states in the North Central will be airlifted from Jos to Israel directly.

He congratulates Lalong for this feat and urges him to be focused and should not be distracted by the enemies of progress.