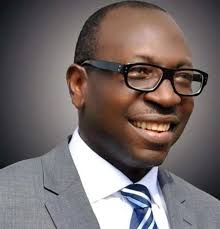 Former Commissioner of Agriculture in Edo state and Former member Bendel state House of Assembly in the Second Republic, Barrister Chris Agbonwanegbe, has said the reason why Pastor Osagie Ize-Iyamu candidate of the All Progressives Congress, APC, lost in Orhionmwon Local Government Area of Edo state in the just concluded September 19 governorship election was multiferrous.

Barr. Agbonwanegbe said this yesterday in Benin City while responding to questions on the post elections in Orhionmwon Local Government.

According to him, the election in Orhionmwon Local Government was presumed as war zone because of the experience some of them had they knew it was not going to be because strategies were made and at the end the strategies to win the local government rest in the hands of the PDP people.

Agbonwanegbe said the reason why Orhionmwon fell are multiferrous because the actors and leaders of the local government were on one side and all of them said they want to support the governor because of what he has achieved so far.

The Barrister of Law said the younger elements who were the ‘Tigers and Lions’ were on the other side, trying to say they want to retire the leaders and that became impossible at the end of the polls.

Another reason he said was that the supporters of the APC were indoctrinated to believe that the card readers were not going to be relevant but INEC in its wisdom decided to use the election to text the veracity of strictly living by the details of the card readers.

He also said that the major reason was, “our brother, our in-law Governor of Delta state, Senator Ifeanyi Okowa Ekueme, who was on ground to assist and sensitise the citizens of the boundary communities that have people from Delta the Igbankes Eka and Ukuale to vote for the PDP.

Another respondent from the local government, a legal practitioner and a one time member of Edo State House of Assembly representing Orhionmwon South constituency, Barrister Friday Ogieriakhi said a lot of people in Orhionmwon ought to have been a strong hold for the APC.

He said ordinarily, the expectations would have been that a candidate is usually rallied around by his people, with massive support but in the election those sentiment didn’t have a place.

Barrister Ogieriakhi said those sentiments of where the man is from and otherwise didn’t have a place in it.

He said, “The major considerations as you well know, was the strong resolve by the people of Edo state as a whole to dismantle what was becoming another image of godfatherism and a resolve by a people to sustain a tempo of politics and governance whereby there will be respect between the government and the people were by people are not subjected to any forms of intimidations, harassment and thuggery is not elevated to a high level in the state.

“So, these were the things that usually informed the resolve of our people.”

He however said looking at the election, Orhionmwon didn’t want to be different, “so you could see that the seven local governments in Edo South Orhionmwon inclusive it was a one way thing. It’s integrating into the mainstream realizing that today is Obaseki, tomorrow it could be another person,” he said.