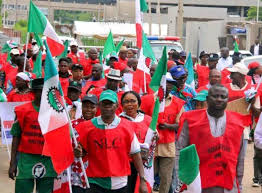 The Nigeria Labour Congress, NLC and Trade Union Congress, TUC have said there was no going back on the planned nationwide strike that is to commence on Monday over increase in fuel pump price.

This was coming after its negotiation over hike in the price of petrol with the Nigerian Government was postponed till Monday.

The meeting took place at the banquet hall of the Aso Rock in Abuja.

Labour in an earlier announcement said the strike will start at midnight on Monday as it described the price hike as a move to impoverish workers.

NLC President, Comrade Ayuba Wabba had said on September 3 had described the Federal Government action as insensitive and an affront on the Nigerian people who are still under the yoke of the COVID-19 pamdemic.

He had said that every other clime in the world, governments are granting various types of palliatives, but Nigerian authority are bent on piling more miseries on its citizens.

” We will resists this recent move to impoverish the mass of the working people” he said.