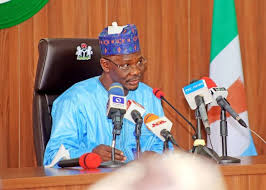 Nasarawa state Governor, Abdullahi Sule, has disclosed that the remaining staff of the Federal Road Safety Corps, FRSC allegedly kidnapped by suspected bandits and kidnappers had been released.

Sule, who made the disclosure on Tuesday in Lafia, also stated that three out of the 26 operatives recently kidnapped along Maraban-Udege in the state had earlier been rescued.

The Governor commended the Commissioner of police in the state, Mr. Bola Longe, other security agencies and all those who worked hard to free the remaining operatives of the FRSC.

According to him, “I am happy to announce that all the 26 members of the FRSC that were recently kidnapped were released yesterday”

He said, “I want to thank all the security agencies and all those who worked very hard to ensure that we achieved that feat.

It was reported that the 26 officers were travelling from Sokoto and Kebbi states for training at the FRSC’s Academy at Udi in Enugu State, when they were abducted by suspected bandits.