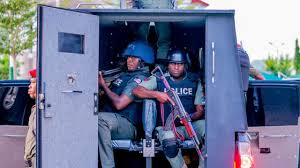 About 96 cultists and armed men have been arrested by men of the Benue State Police Command in Makurdi, the state capital.

In its statement, Police Public Relations Officer, PPRO, of the command, Catherine Anene, said on the suspects were arrested on Monday in Makurdi, following complaints from residents of Welfare Quarters, Yarkiyo, Wadata, Ankpa Quarters, NUJ and North-Bank areas.

She said that the suspects were on rampage between August 24 and September 15, adding that the command had resolved to rid the state of all criminals and urged the public to offer useful information to assist the security agencies.

The command further noted that the 96 persons were arrested over alleged house breaking, theft, armed robbery and cultism around the state capital, Makurdi.

Other items were two pairs of military uniforms, one Ipad, two desert boots, one animal horn, cutlasses, knives and assorted charms, and wraps of herbs suspected to be Indian Hemp