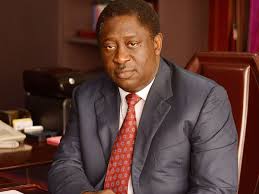 Pro-Chancellor, University of Lagos, Wale Babalakin (SAN), has resigned following an alleged disagreement with the Nigerian Government on the visitation panel sent to the university.

Babalakin said, Bab“I would like to thank the President of the Federal of Nigeria, President Muhammadu Buhari for giving me the opportunity to serve as the Pro-Chancellor of the University of Lagos (the “University”) from May 2017 till date,” Babalakin said in his resignation letter addressed to minister for education Adamu Adamu.

“I am also grateful that I was considered fit to be the Chairman of the Federal Government Negotiation Team on the Agreement reached with university unions in 2009, from 6th January 2017 till date. I equally want to thank you sir, for your role in recommending me to the President.”